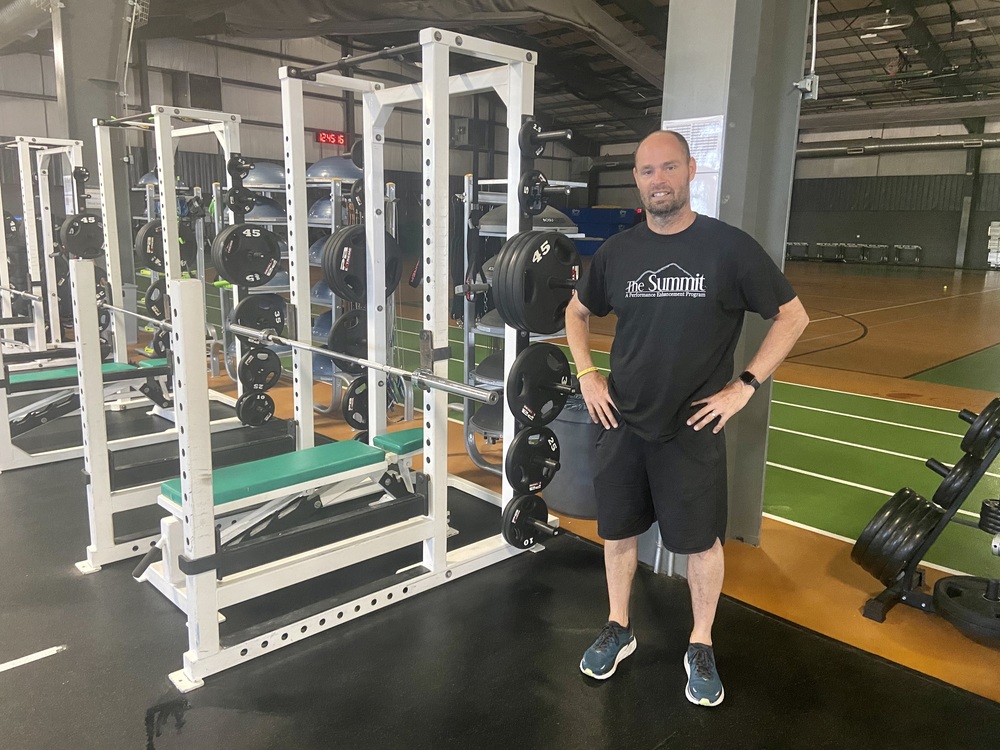 When the doors to the Geneseo Foundation Activity Center (GFAC) opened in 2004, the facility immediately benefitted Geneseo High School, its students and staff, its teams, and the local community.

While the facility itself was brand new, however, some of the equipment was outdated, having been brought over from the previous weight room. Over the years, dumbbells, bars and racks were purchased, but there was abundant space to accommodate additional items.

Todd Ehlert (above), who has spent 18 years teaching and coaching in the district, made it among his missions to provide the GFAC with a variety of new equipment.

“In the GFAC’s early days, there just wasn’t enough money allocated for equipment and budgets were stretched thin,” explains Ehlert, who coaches the high school boys’ cross country team, oversees the middle school’s boys’ track teams, and teaches physical education and wellness classes. “When I was moved from the middle school to the high school in 2018, I started writing grants. The first couple I wrote were to get new boxes for box jumping, but several others have followed.”

Indeed, throughout Ehlert’s tenure, he’s raised approximately $250,000 in funds through grants, including $175,000 in the last four years alone.

The process has worked for Ehlert time and time again: He identifies a need, makes his case, puts it in writing, and submits the request to a local foundation. 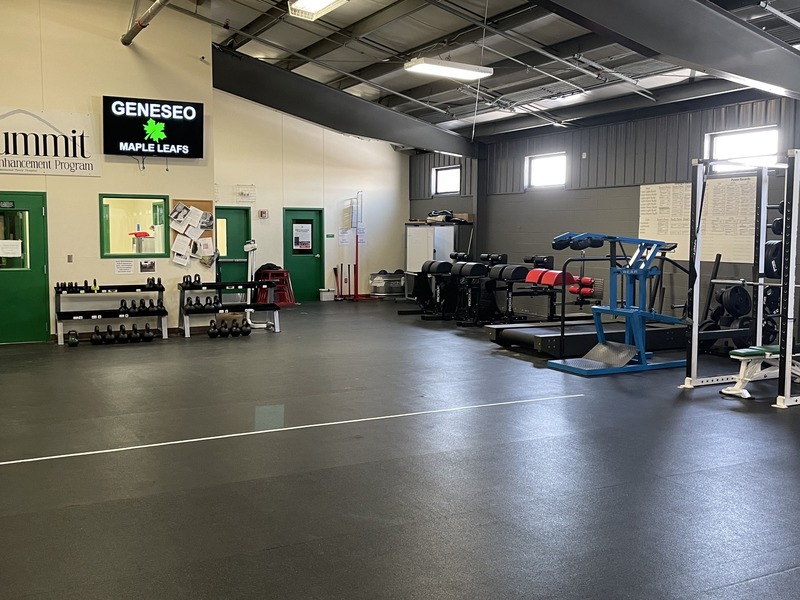 The Geneseo Foundation donated $400,000 of the $2.1 million needed for the facility’s construction, while over 300 families, businesses and other local organizations helped account for the rest of the funds.

Over the years, the Geneseo Foundation has continued to provide support, and the Geneseo Education Foundation, Geneseo Communications Charitable Foundation, the Francis G. and Betty J. Miller Foundation, the PTA, and booster clubs that support different GHS athletic teams, have also made significant contributions. The funds have allowed the GFAC to be filled with new benches, weights, bars, treadmills, 75-inch touchscreen TVs and racks.

“We are very fortunate to live in a student-centered community,” notes former GHS principal Travis Mackey. “The Geneseo Foundation Activity Center has impacted thousands of people over the years and with the help of people like Todd Ehlert, it will continue to make an impact on young people for years to come. For a school our size to have a facility like this is remarkable.”

“The transformation of the building has given the students and staff at GHS, as well as others throughout the community, access to a wonderful facility where they can prioritize their health and wellness,” adds Ehlert. “For those on athletic teams, students can work on getting bigger, stronger and faster. Others can focus on injury prevention or get back into shape after getting hurt.”

On most days, particularly those during the school year, the GFAC is in constant use. Gym classes begin at 6:45 am and last until 3 pm, then sports teams and other extracurriculars take over the facility until 9 pm. It’s not just GHS students, either, as youth programs and Hammond-Henry Rehab Department’s Summit performance enhancement program also use the building.

“The results are there,” states Ehlert. “The list of incredible athletes who have trained in this building is only getting longer—it’s people like Will Daniels, who competed in the Olympic trials last year, and Drew Himmelman, who has spent time with the NFL teams in Denver and Washington, just to name a few former athletes.  We also have several athletes who graduated this year and will be competing at the Division I level.”

To further improve what is offered in the building, GHS in conjunction with Hammond-Henry Hospital recently hired a full-time strength and conditioning coach. Angelo James started in June and will work with the athletic teams and students in physical education and wellness classes.

“Angelo has an incredible background,” states Ehlert. “He’s worked with the NFL, colleges, the military and the private sector. He’s got a great personality and he’s going to make it special for the kids. Angelo is big into form and technique—posture over everything is what he says.”

As for what’s to come at the GFAC, Ehlert plans on continuing to seek out ways to improve the facility.

“There’s additional space in the weight room that we need to fill, and Angelo will have ideas to offer,” Ehlert explains. “I’ve got ideas for more grants, and we’ll keep upgrading the facility as best as we can. We want to have a nutrition bar for when kids are done with their wellness. That will help ensure that kids develop better habits and eat healthier.”