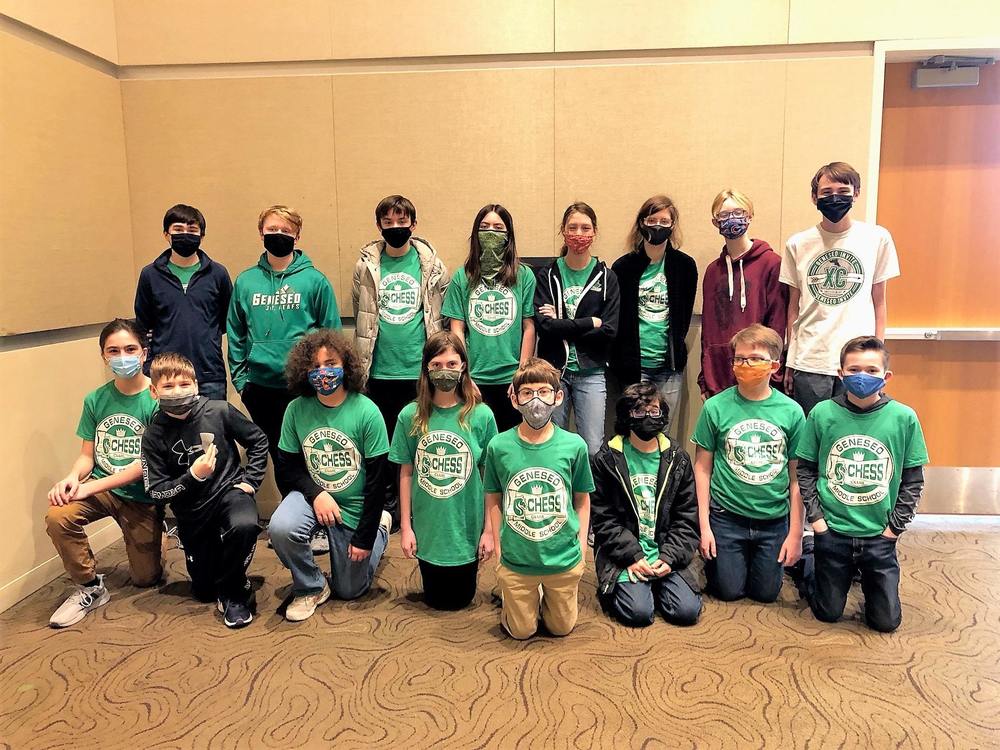 As a team, GMS earned 41.5 out of 105 possible points and all but one player recorded at least one win. The 6th grade group, which was in third place after five of eight total rounds, came closest to securing a state trophy.

“I am extremely proud of how we competed,” said Dr. Adam Brumbaugh, the district’s superintendent who also serves as the GMS Chess Club’s coach. “The students made a lot of progress throughout the year, and it showed in Peoria.”

This is the third year of the club’s newest iteration, with the goal of making it a fully recognized team next year.

“In our district, we try to provide something for everyone,” explained Brumbaugh. “Our kids are 6th, 7th and 8th graders, and that can be a busy age. Some of them have other activities going on, but some do not. Chess allows them to be part of a team. They get to know other kids who they see in the hallways and that deepens their sense of belonging.”

The middle school’s chess season typically starts the week after Thanksgiving with students gathering in the library two days a week after school for roughly 90 minutes. Brumbaugh and members of the chess club extended special thanks to the GMS staff who shared their classrooms when the library was not available and to the library staff for letting the group use the space and store its equipment.

The chess club is open to all interested students, whether they have ever played chess or not. Approximately 35 middle school students participated throughout this past year, with about one-fifth of them being newcomers to the game.

“We start based on their level of experience and we’ve got a variety of resources that explain every piece on the board, what it can do and what its value is,” said Brumbaugh. “The students are taught different strategies and how to record games, which is required to go to the tournament. We also use Chess.com, which gives our players an opportunity to compete with anyone at any time and gain experience.”

While the GMS Chess Club has competed in the state tournament before, this year marked the first time it faced another school along the way. East Moline’s Our Lady of Grace Catholic Academy reached out about setting up a match, which was held at GMS on Dec. 14.

Encouraged by the success of this year’s group, Brumbaugh hopes to continue growing and expanding the program. While chess offers valuable teaching components and is another extracurricular for students to consider, it’s also a game that can be part of students’ lives long after they leave the middle school.

“Chess is a game you can play all your life,” notes Brumbaugh. “All you need is a board or a computer. There is a lot of strategy and problem-solving involved, and the game requires patience. Those are all good skills that allow the students to learn from the game.”