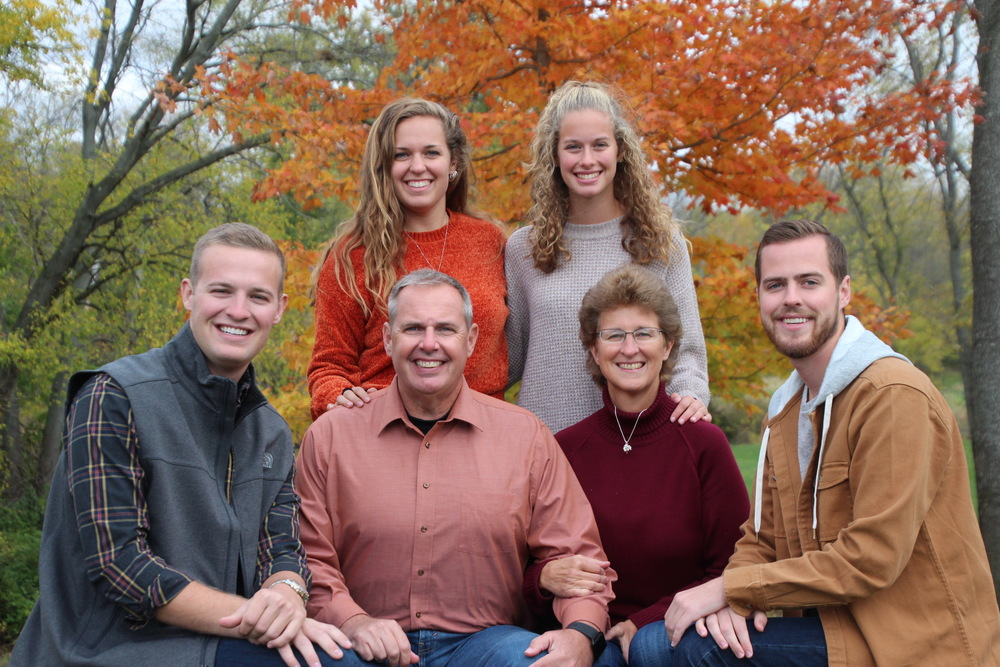 Geneseo’s Mackey ready for the next chapter

After 33 years of working as a teacher, coach, athletic director and most recently, principal, Geneseo’s Travis Mackey is stepping down from his role as a full-time educator.

This marks the final week of Mackey’s tenure as Geneseo High School’s principal, a position he’s been in since the 2016-17 school year.

“I’ve tried not to think about it too much, but people bring it up,” Mackey says. “When that happens, it is surreal. Over the last few weeks, I’ve done certain things for the last time.

“I’ve worked in education for 33 years,” Mackey adds, “But really, I’ve been in education since kindergarten. That’s over five decades, a long time. As this year comes to an end, I’m just trying to enjoy all the little moments.”

There will be a lifetime of those to remember for Mackey, who grew up in Geneseo before attending Truman State University (formerly known as Northeast Missouri State) in Kirksville, Missouri and graduating in 1989.

Mackey’s first job was teaching everything from computer science to algebra and science to art—he also coached three sports—for Fulton’s River Bend District in the fall of 1989. His next stop was Rock Island High School, where he also taught and coached, including a role on former Geneseo football coach Vic Boblett’s staff.

In the fall of 2001, Mackey returned to Geneseo as the high school’s athletic director.

“I thought that I would be a teacher all my life, as well as a coach,” recalls Mackey. “That felt like the path for me because I loved the connection with students. Eventually, I started to wonder if I needed a different role and a new challenge. I had applied to a curriculum position at Rock Island, and I didn’t get it, but it got me thinking about becoming more of a leader. When I got a call asking if I’d be interested in Geneseo’s AD position, it felt a little bit like fate.”

Three years later, in 2004, after Larry Johnson Jr. took over for Denny Diericx as head coach of the Green Machine, he targeted Mackey to join his staff as the defensive coordinator.

“Travis wasn’t coaching at the time, and I felt it was important for him to be around the kids because he had so much to offer,” explains Johnsen. “It was so valuable for everyone because Travis brings so many positive things to the table. As a first-year head coach in Geneseo, I was fortunate to have him around.

“Travis and I both grew up as assistant coaches and we shared a lot of core beliefs and philosophies,” Johnsen continues. “It became a natural fit and I didn’t have to worry about the defensive side of the ball.”

Regardless of whether he was an administrator, teacher or coach, Mackey has relied on what he describes as a “three-dimensional” approach.

“I’ve tried to do the best I can with the content itself, be a motivator who helps students get to a place they maybe can’t get to on their own, and then show students that I care about them,” Mackey explains. “If you genuinely care, that helps build trust, which is so important. I tried to incorporate those three things whether I was a math teacher or principal.”

Mackey’s authenticity and genuine likeability made him a friend to countless colleagues and students over the years. Johnsen points out that Mackey also has a knack for knowing how to listen—and when to share his advice or perspective.

“Travis was almost like a father figure for those of us at the high school,” notes Johnsen. “He wouldn’t tell you to do something, but he’d offer advice if you asked for it. He has a very calming presence, whether in a meeting with a player, a parent or a staff member. Travis became a sounding board for me and the other coaches because of his personality and his professionalism.”

While in many respects, that’s simply who Mackey is as a person, it’s also a product of his own experience as a Geneseo student.

“It was great because of the teachers and administrators,” says Mackey. “There are so many people in this district who are willing to help. The challenge for us as educators is to give students a positive, impactful experience so that when they leave, they are prepared for the real world. We all experience adversity and disappointments in our lives, but school is that safe place where students can gain the experience and knowledge to let them know they’re going to be OK.”

While Mackey is moving on to the next chapter, what he has accomplished will continue to benefit the district for years to come, according to Johnsen.

“His fingerprints are all over the district in many ways people don’t even know about,” says Johnsen. “Travis has been a behind-the-scenes advocate for improvements in terms of developing plans, making them possible and seeing them through. The Geneseo Foundation Activity Center is a prime example.

“Travis created an environment where he let people be who they are and develop as professionals,” adds Johnsen. “It’s not easy being an administrator, but whatever challenges he faced, Travis always seemed to handle them well and not let anything affect how he dealt with his staff or students. He is a wonderful role model, and an even better person.”

As for what’s next, Mackey plans to remain active in education but looks forward to spending more time with his wife of 28 years, Kris, and their four children: Zach, 26, of Bozeman, Montana; Tyler, 25, of Geneseo; Maddie, who is finishing her senior year at Northern Illinois University; and Allie, who is finishing her freshman year at the University of Northern Iowa.

Mackey says of all the highlights of his professional career, none were better than having Zach, Tyler, Maddie and Allie in the building where he worked.

“I was fortunate to be an administrator with my own kids in the school system,” says Mackey. “To be working here but also being a dad, to see them and their friends coming up and connecting with them, that was the best.”