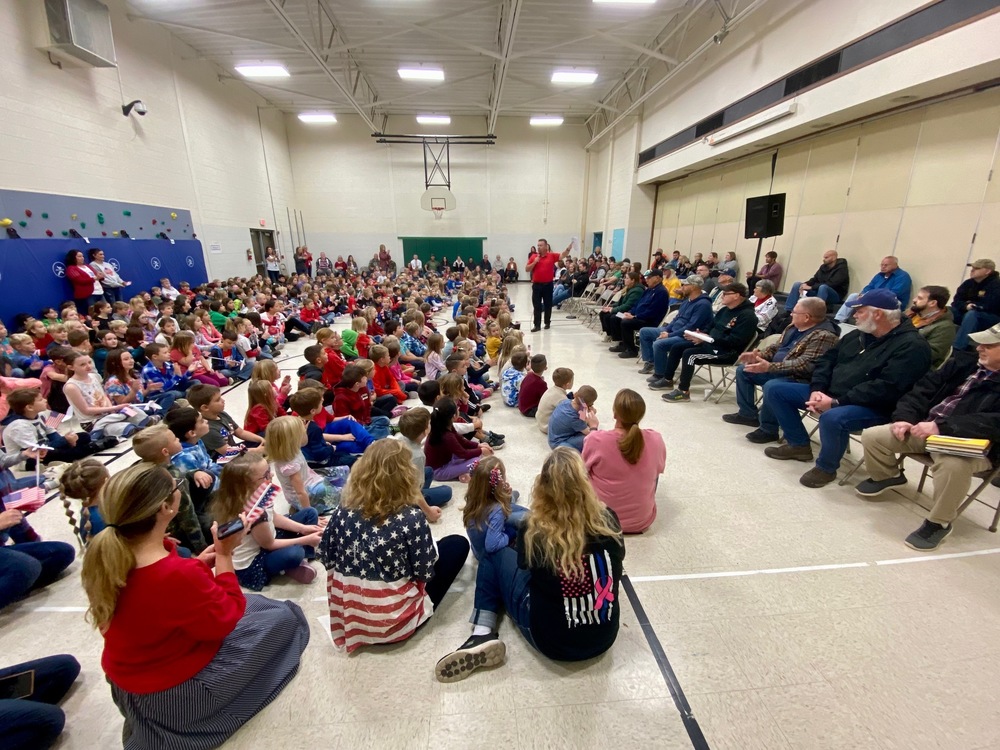 Students and staff at Southwest Elementary hosted an assembly with more than 30 veterans in attendance on Friday in honor of Veterans Day.

While veterans and their families gathered in the school gym, students began their day with an Honor Lap by entering the halls for morning announcements and a quick introduction to Veterans Day. As they walked around the building and passed through the gym, they held flags and thanked the veterans for their service.

At the assembly, Southwest Principal Brian Hofer welcomed the veterans and following the national anthem, introduced four students who read personal essays about the meaning of Veterans Day to them.

Third grader Rachel McGee’s essay focused on the themes of freedom, sacrifice and honor, while fourth grader Kinley Lenth paid tribute to the veterans in her family, specifically her great-grandfather, Richard.

Fifth grader Brylee Nelson called Veterans Day an important day for everyone in America to honor those who risked their life to make our lives better, while fourth grader Eli Ingoglia thanked veterans for fighting for our rights and making sacrifices for our freedom. 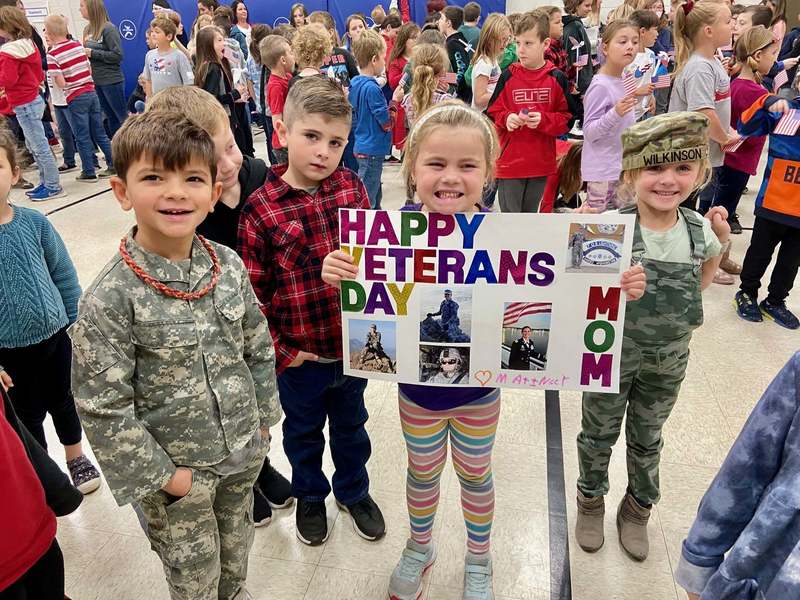 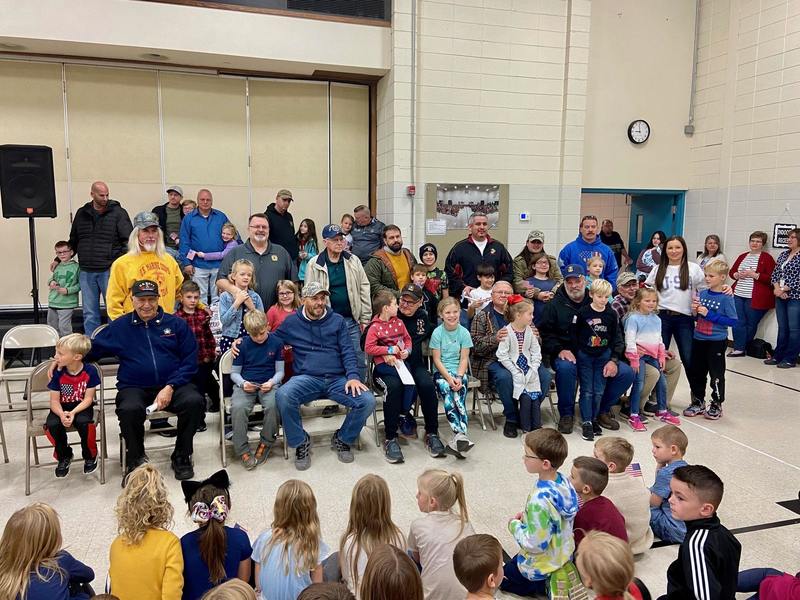 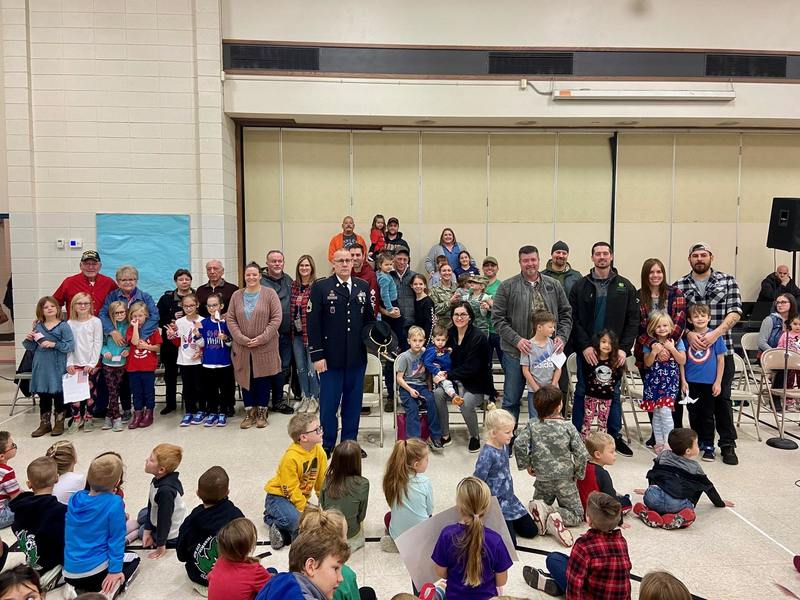 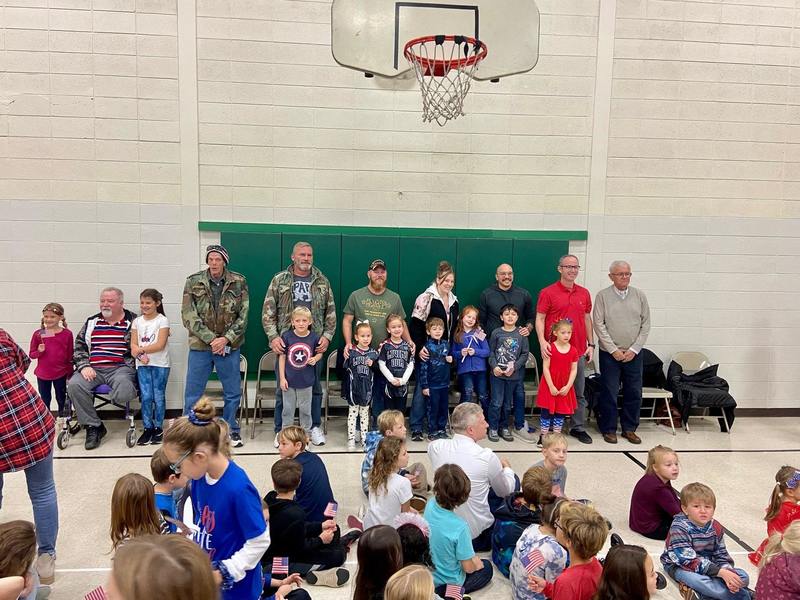