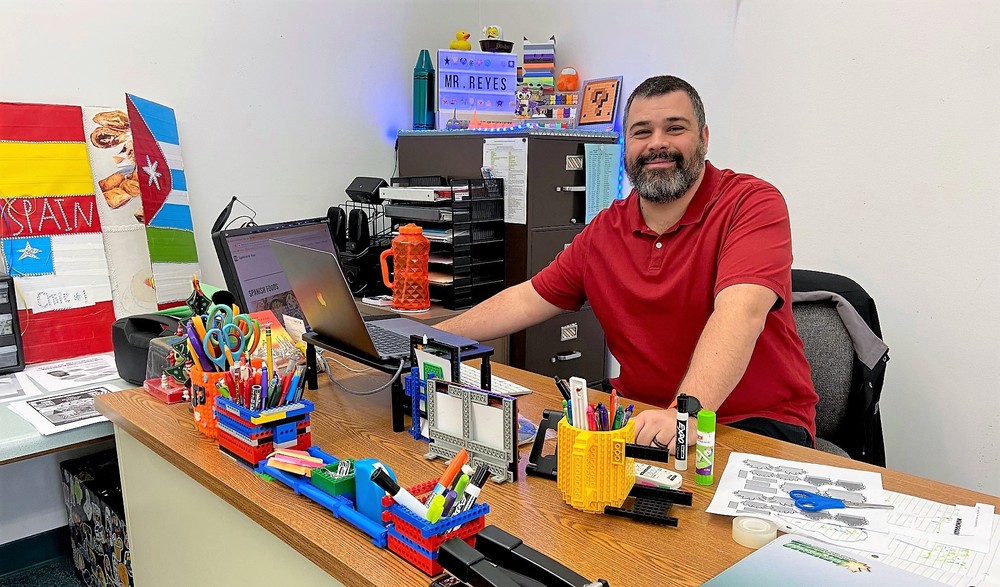 When Javier Reyes, then a young educator living in his native Spain, applied for one of his country’s educational programs, he knew that he would eventually be relocated to the United States.

Reyes, now a Spanish teacher at Geneseo Middle School who also serves as the district’s English Learners coordinator, was told he would be assigned somewhere within the Midwest, so he figured he’d wind up in Chicago. Instead, in 2017, he was told to pack his bags for Monmouth, Illinois.

“I said, ‘Where?’” Reyes recalls. “I was surprised it was so far from Chicago, but that is how the program works. It was a difficult transition to make with all the cultural differences and it felt like I was moving to another planet, not another country. It was a good learning process, though, and it led to me being here.”

Above: Reyes and his family in Cuenca, Spain, at a dinosaur excavation site.

Shortly after moving to Illinois, Reyes met his wife, a Geneseo native who is also a teacher. In 2020, they got married and moved to her hometown.

“I love it,” says Reyes of living in Geneseo. “It’s amazing to be in such a great community with wonderful people. My father came to the United States long ago, and he told me, ‘I knew America was great, but what makes it great is its people.’ Once I met my wife, I also met her friends and began doing more activities in Geneseo. I started going to football games and saw what an incredible scene it is with all the passion.”

At GMS, Reyes teaches five sixth-grade classes per day—approximately 100 students in all. In addition, he works with students of all ages throughout the district who do not speak English as their first language or have a limited background with the language. Some speak Spanish, some do not.

“Each student is different, so evaluating them based on individual needs is important,” notes Reyes. “For the Spanish speaking students, it’s a little easier for me to communicate. Other students, though, it can be more challenging to talk to them. The focus is on supporting students when they are introduced to a new culture and school system.

“It’s more than just teaching the language,” Reyes adds. “The students don’t know English and they also don’t know American history. For example, the first time they are in a classroom, and everyone stands up to say the Pledge of Allegiance, they have no idea what is going on. We take it for granted and think everyone knows that, but they don’t.” 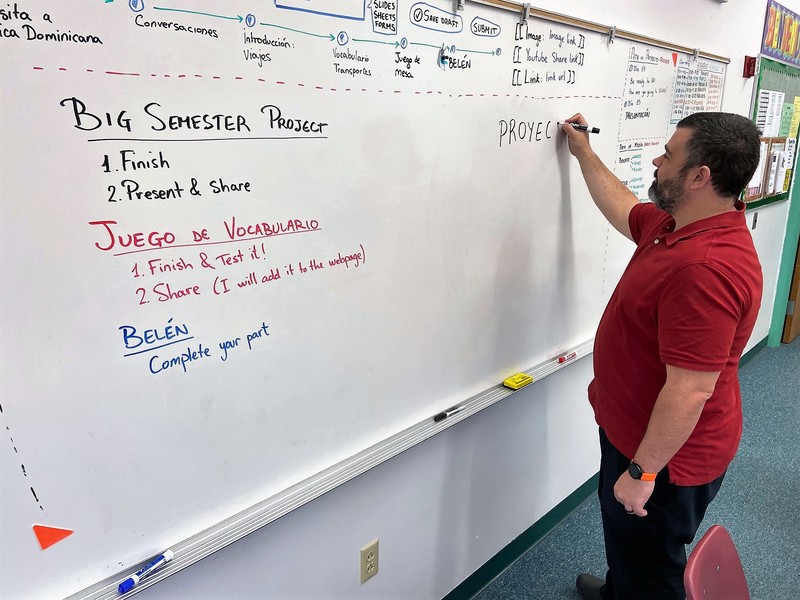 Reyes has noticed several differences between education in Spain and the United States. He feels in America, there is greater focus on studying and tests, as well as learning to become independent. In addition, extracurricular activities are far more popular in our country.

Teaching beyond the language is a priority in Reyes’ classroom, and he often relies on his personal journey and experiences to do just that.

“We talk about Spanish culture and everything that comes with it,” Reyes explains. “Within the language, every word has a meaning and a background. We do different activities and projects, including talking with other people from Spain. The kids play a role in a lot of what we do—if they ask about a certain topic or want to do something and it makes sense, we do it.”

Though he’s on another continent and a long way from Spain, Reyes feels right at home in Geneseo and appreciates the opportunity to teach.

“I think it’s great that students can experience different perspectives and learn about different cultures,” Reyes notes. “These lessons create a feeling for the students of wanting to learn and experience more. It helps open their minds and that gives them a better understanding and a better education.” 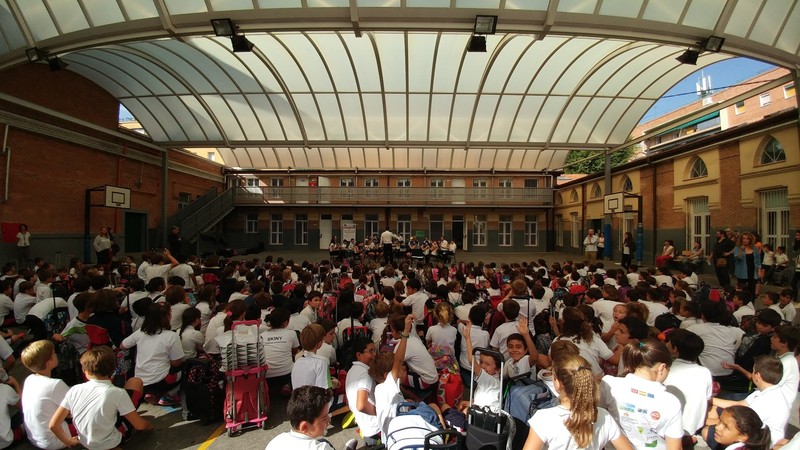 Above: Reyes snapped this photo in 2016 of a concert for 4th, 5th and 6th graders at Colegio Caldeiro school in Madrid, Spain.